Note: The first draft of this post was written way back in October, and was in part inspired by the work of Stephen Holiday and Lisa Zhang. Six years have passed since then, so it's interesting to see what has changed.

These results are in no way official, nor officially endorsed by the University of Waterloo. Any interpretations and conclusions are my own, and do not reflect the opinion of the University as a whole. It should be obvious that I am not reproducing the information on JobMine in any way.

At the University of Waterloo, an online portal called JobMine contains the co-op job postings that students apply to. Every semester, thousands of employers post 4-8 month job openings, looking for students to fill various positions at their companies. Since 2004 when JobMine presumably moved from the old telnet server, there's been a couple hundred thousand more postings.

Due to the nature of the dataset, there are postings with incomplete data. The following assumptions were made. 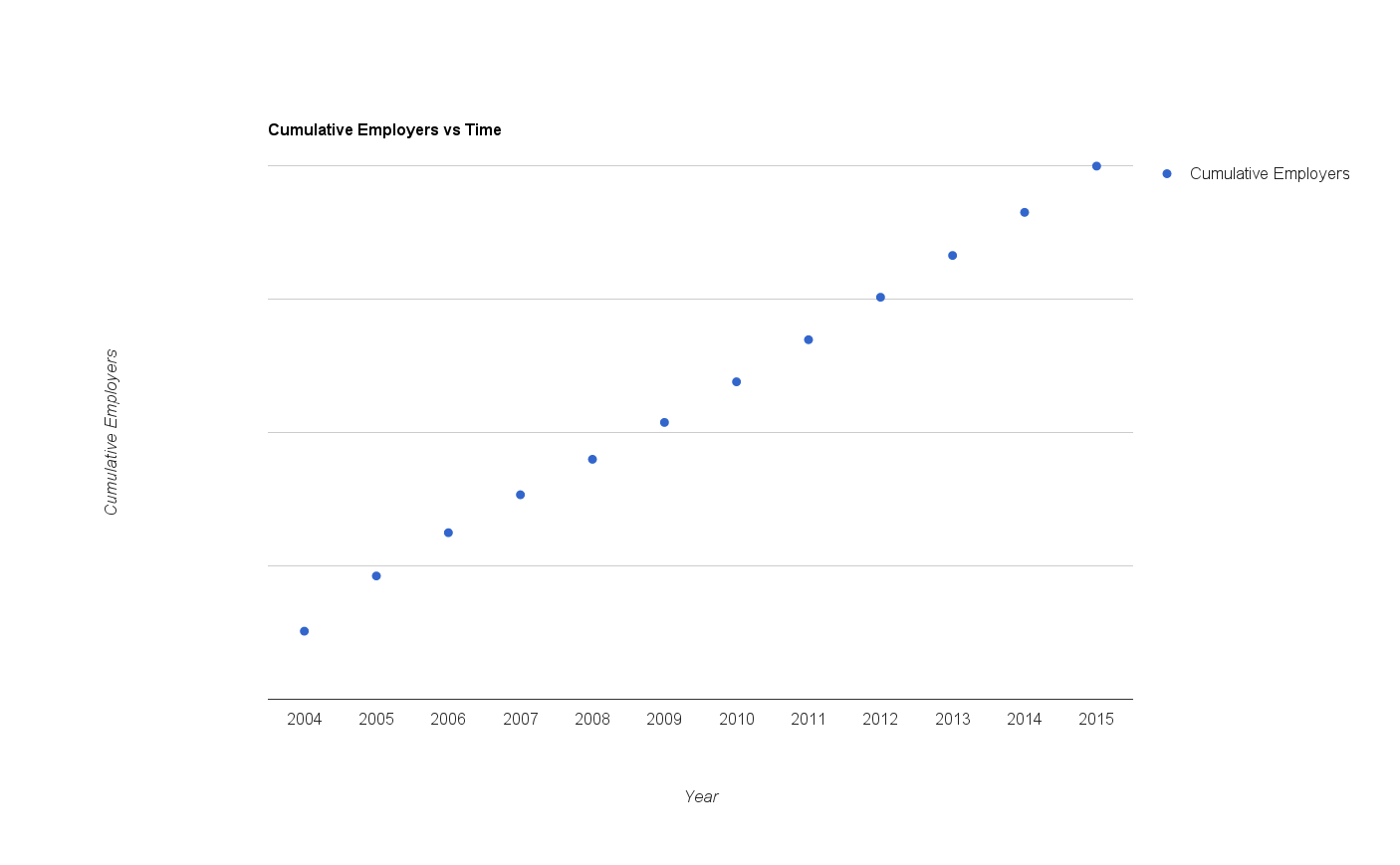 The increase is relatively linear, which makes sense given that the co-op numbers increase each year, so the number of employers and postings should likewise increase to sustain the growth.

Note: This number may double-count employers who list the department that you'll be working under in the employer field, but still...

Since JobMine switched over to the electronic format back in 2004, the number of jobs being posted steadily rises. It tanks in 2009 after the recession, which didn't really hit Canada until Q3 of 2008. 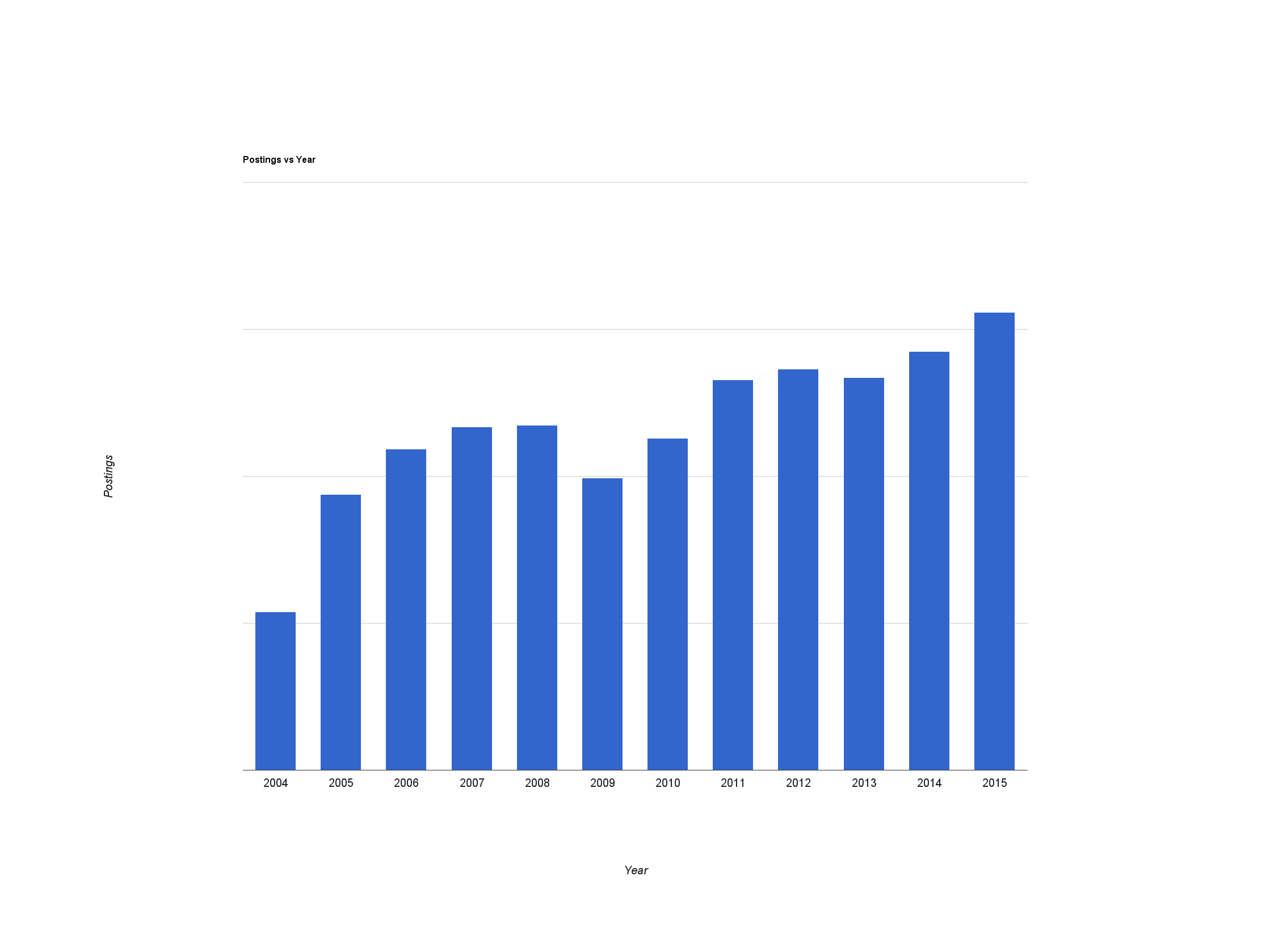 Plotting the GDP data from WorldBank over the job postings seems to tell a similar story. 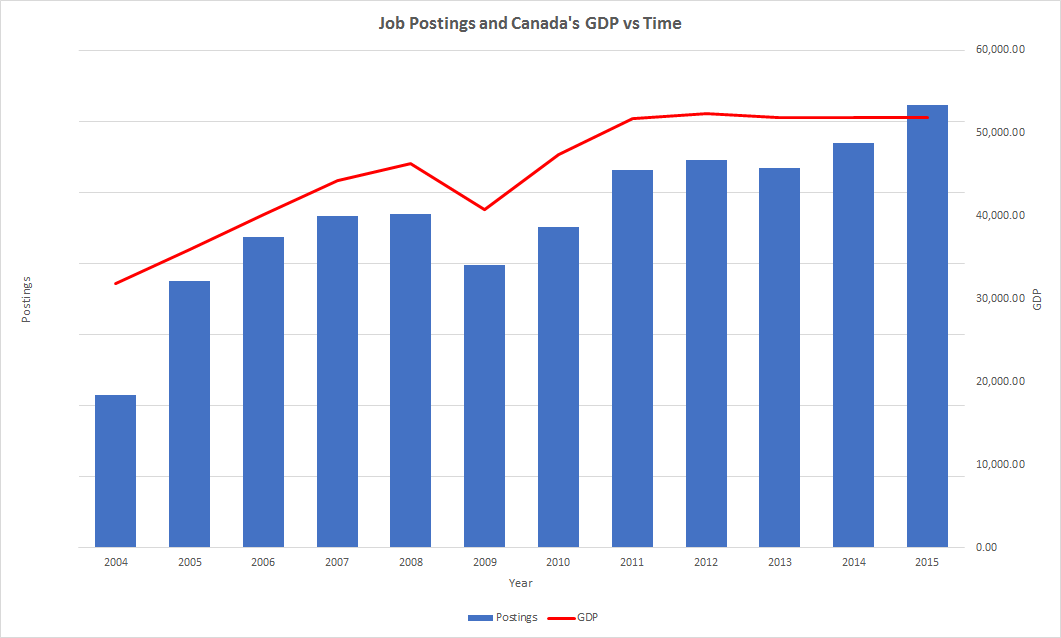 I've heard people complain that there seems to be less jobs in JobMine, which leaves 4 possibilities:

Data indicates that more and more jobs are being posted, so 1 is not the case.

Overall, the co-op to non-co-op ratio seems to always be at just under 60%. 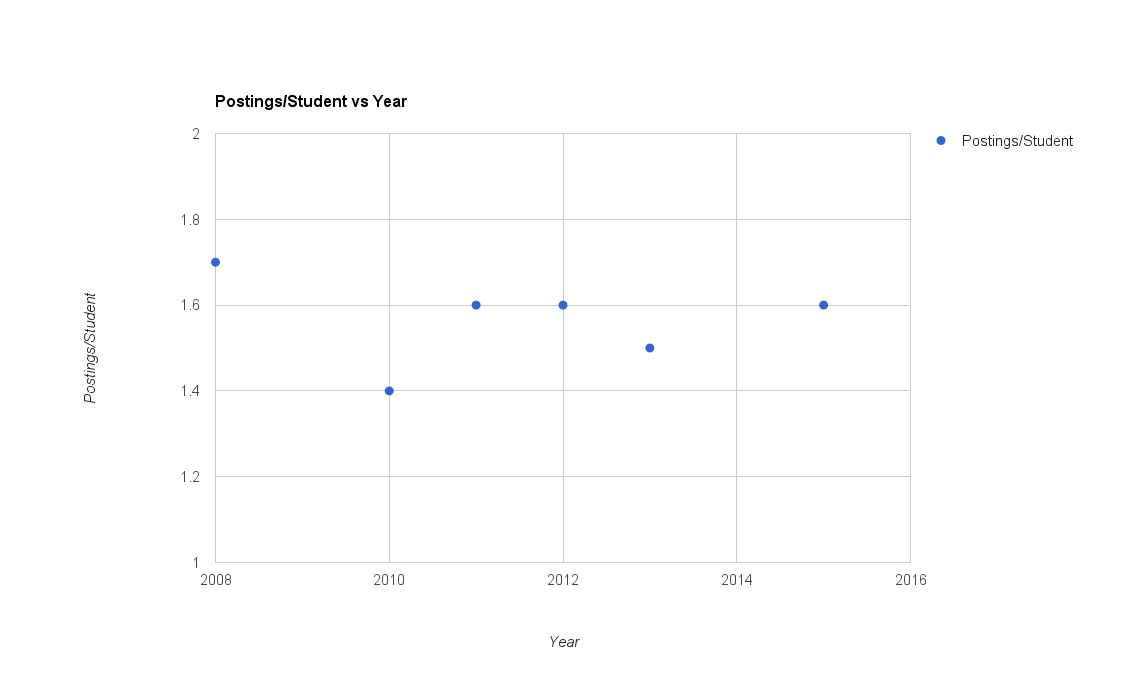 While there isn't that much data to look at, the Postings:Student ratio hasn't drastically changed (each year is within 0.3 units from the others).

If we consider a single year, there are generally more job postings posted during the Winter semester (ie. applying for co-op positions beginning in the Spring term) than the other 2 semesters. 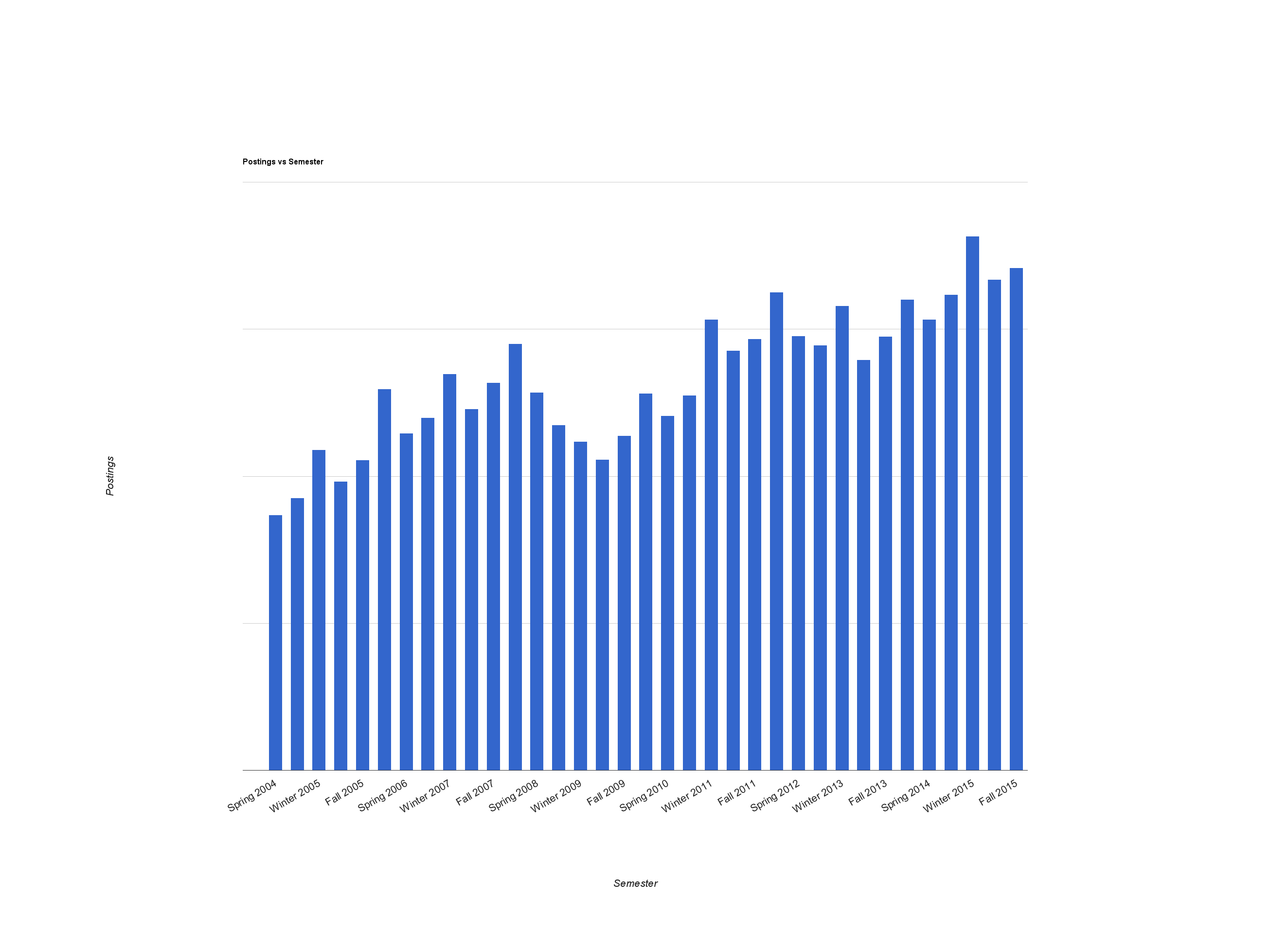 If we assume that there are roughly the same number of students in each co-op stream applying for co-op positions every semester, then there is more competition—for fewer of jobs—during Spring (Summer) term, where students apply for co-op positions beginning in the Fall.

With that being said, I know that some people specifically choose Sequence 4 for their CS co-op sequence because of the extra school term, during which you take CS 246 (Object-Oriented Software Development) and possibly MATH 239 (Combinatorics). Students in Sequence 4 have their first work term during in the Fall. If you can handle 3 straight semesters of school without going stir-crazy, Sequence 4 might sound pretty appealing.

Now whether this extends to the number of job openings is a different story. Unfortunately, since JobMine only displays the number of available openings, it is impossible for me to tell. Any remaining openings listed on a job would imply that not all of the openings were filled—either the employer didn't find enough people they wanted to give offers to, or not enough students accepted their offers.

Further analysis to come, especially since I'll be applying to JobMine next semester for my second co-op term.